Have you ever been in a situation where you felt like someone was devaluing you, excluding you, or not giving you what you’ve asked for?

Your mind is in a swirl, you can’t stop thinking about it. You burn inside feeling bad about yourself, and livid at the other person.

When you feel powerless and are consumed inside of you, you LEAK your power.

I recently had a client, Tina, who was experiencing this. A senior male member of her group spread rumors to push her out, and diminish her financial draw. The two junior male members stood by without saying anything.  She felt disrespected, and worried she had done something wrong.

When she first called me, she was extremely upset. Her body was on fire with stomach upset and sleepless nights.  She didn’t know what to do – she ‘gritted’ her way through, but it was a heavy lift to get back to who she wanted to be.

We immediately started to turn the tide. Within 1 hour she was back in her power. And within 60 days she had turned the whole situation around:

Now, she has been chosen by all three of the male partners as the “Partner in Charge” of the group. Each of them treats her with respect. She is now paid equally to them. She’s brought in business they were never able to, which benefits everyone. Most important, she says: “Its shocking to me how in my power I feel.

( Notice that when a woman is in her power she raises herself and everyone around her!)

Are you experiencing a situation in which you’ve been kicked out of your power? Is it interfering with your work? Or are you bringing it home into your personal relationships?

You don’t have to suffer like this. You take back your power when you see how many options you have in a situation, even when it feels like there are none. You too can raise yourself and everyone in the situation.

If you are in a situation where you are leaking your power, let’s plug the leaks through a complementary “Take Back your Power” consultation.

I’m here to tell you that no matter how disempowered you feel, You ALWAYS have options.And I’ve spelled out some of the ways I helped Tina find her power.  You can read about the 7 ways Tina took back her power

7 Ways to be in Your Power​

1) Find the Source of Ultimate Power in the situation
Though he had ‘power’ in the moment because of rumors he was spreading, she had the ULTIMATE power because of her ‘feminine’ approach to business: She had such good relationships with clients that they would stick with and trust her. Also, though inconvenient and costly, she had the ULTIMATE ability to recreate a client base somewhere else because of her talents.

2) The Power of Intention
She identified who SHE wanted to show up as in this situation. I gave her the tools to show up as that confident, poised leader she wanted to be, instead of feeling like a victim.  She brought THIS energy into each interaction with her partners and THEY immediately REACTED to her differently.  (ever notice how that happens?)

3) The Power of Perspective:
She stopped taking his rumors personally by understanding the real reasons he was initiating this campaign against her, which had everything to do with his insecurities and less about hers.  Then it stopped being a shame bath and became instead an issue of managing a difficult person.

4) The Power of Facts
She reviewed their contractual agreements and found that she was being paid less than she should have. We scripted a meeting in which she persuasively presented the facts of their agreement, and he agreed to adjust the earnings to an even split!  (you go, girl!)

5) The Power of Influence
To prevent damage from the rumors and shore up future opportunities, she reached out and brought value to key senior stakeholders.  From this relationship building she started to get bigger and high visibility clients and opportunities.  Sourcing these deals enabled her to reinforce her ‘power’ within her group and validated her relationship building approach.

Additionally, she had authentic conversations with the group’s junior partners in which she asked for their input, and  showed how they could benefit from her approach to the business.  They grew their respect for her and then voted for her as the leader they wanted for the group.

6) The Power of Unwavering Confidence
Though acting more confident, there were still times when her inner voice of doubt got activated and she would relive that feeling of fear and shame. (When you can still get emotionally ‘hijacked’, you can’t consistently your power.)

We did the “Magic Bullet” exercise that I developed from my 10 years of research at Harvard Medical School.  This exercise eliminated her inner doubt and self criticism forever (As she said “Its beyond my imagination and amazing how free and confident I feel.”) Now anything the Partners say that used to ‘get her goat’ just roll ‘like water off a duck’s back’!

7) The Power of Vision
Because of her inspiring vision and her intention to expand the group with diverse talent, the group is attracting other people in the firm to be a part of their success story. She’s uplifting everyone.

These are some examples of where she could find her power.  But there are many more ways YOU can find YOUR power.

To you in your Power,
Sharon 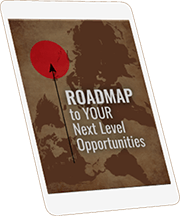 How to deal with difficult family members...